More than 1,700 high school students from across Missouri met to compete for statewide honors in the DECA marketing competitive events in March.  The contests are part of the annual Missouri DECA State Career Development Conference held . . .

Olivia Padilla, Cassville High School class of 2017 member, has won the District Rotary Speech Contest. Padilla first won the speech competition at our local Cassville Rotary club, was able to advance to the regional level where she . . .

The Missouri State High School Activities Association (MSHAA) invites Athletic Directors from across the state to honor a male and female athlete each year that exemplifies outstanding sportsmanship, is a positive role model and has . . .

The 2016-2017 school year marks the inaugural year for the Technical Student Association (TSA) at Cassville Middle School (CMS), however, these students have had a great first year!   They recently competed at the . . .

Cassville Community Teachers Association (CCTA) Banquet that was held on Thursday, April 27 in the Cassville High School Commons Area. At the banquet, several staff members were recognized for their accomplishments.   . . .

Kassandra "Kassie" Graves was named the Fellowship of Christian Athlete (FCA) Female Athlete of the Year for our region. One male and one female is selected to receive this honor in the surrounding 46 school districts. In . . .

The Cassville FBLA had another successful year and took 28 State Qualifiers to the 75th Missouri Leadership Conference in Springfield Missouri on April 2-4.  Winning at the District level allows competitors to challenge themselves . . .

Cassville High School Senior Levi Hodge has been selected an “Honorable Mention” student in the 2017 Missouri Scholars 100, a statewide program that honors 100 of Missouri’s top academic students in the graduating class of . . .

Four Cassville High School Speech and Debate students have qualified for the National Debate and Speech Tournament which will be held June 17-23 in Birmingham, Alabama. The students who have earned this honor are as follows: . . .

In an effort to increase student safety, Eunice Thomas Elementary will institute a new pick-up procedure beginning on Wednesday, March 29 for those students that are picked-up at the end of the school day. Parents will no longer enter the . . . 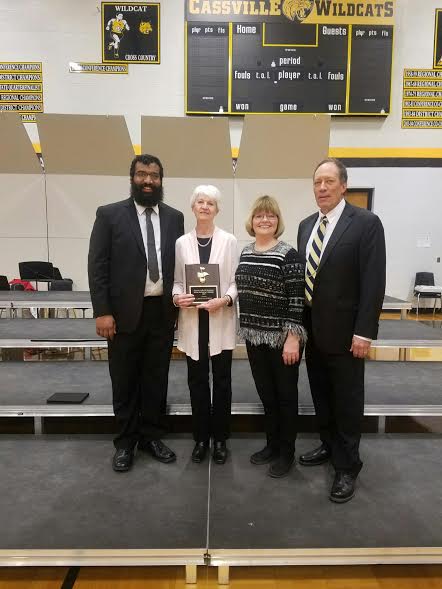 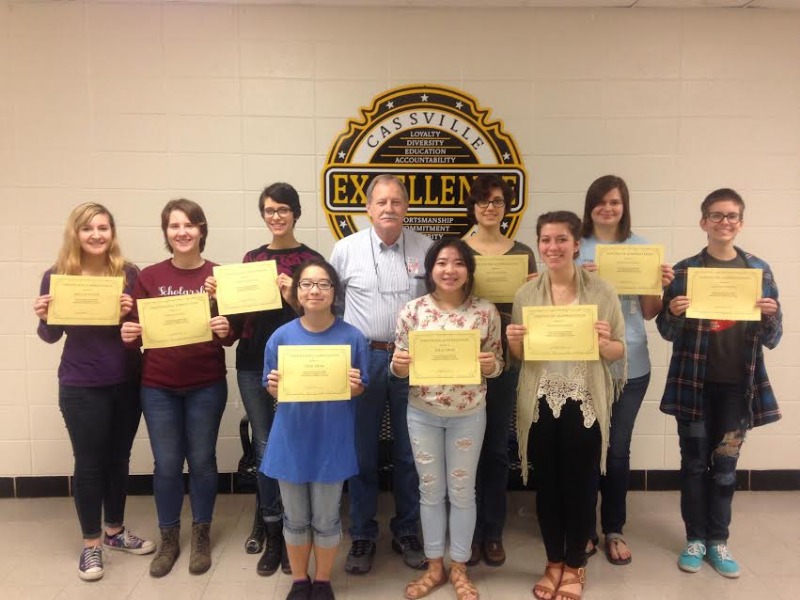 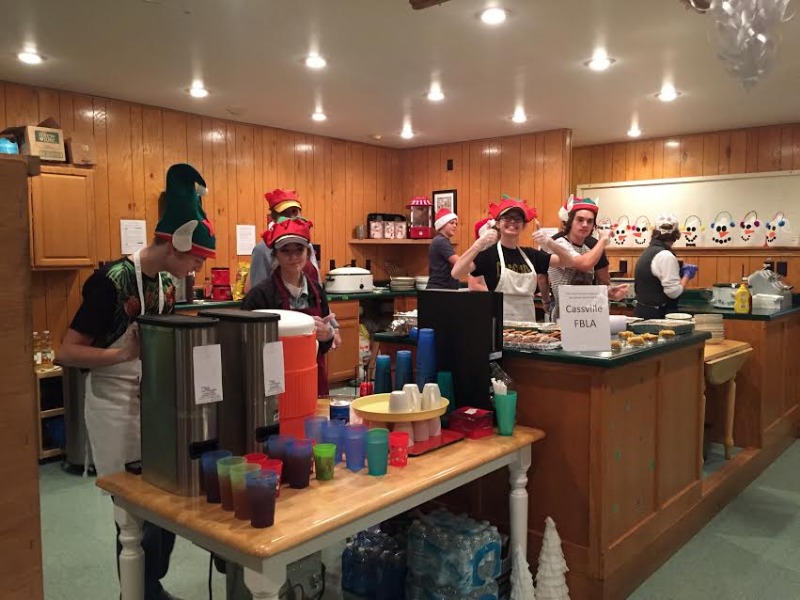 Cassville FBLA has given many hours this year to a community service project called "Feeding Our Neighbor." They have done several events in which they give back to our community members in need of food and meals.  One of . . .

During a special school board meeting on February 7, The Cassville R-IV School Board of Education voted unanimously to award a contract for the Cassville Intermediate School Repair and Mitigation Project. The Notice of Award was issued . . .

Knights of Columbus Donate over $600 to Cassville R-IV

The Knights of Columbus , Council 8865 with the St. Edwards Catholic Church located in Cassville, have donated over $600 to the Cassville R-IV Special Education Department. The   Knights raised the donations through . . .

During the week of January 22-28, communities across the state of Missouri will honor the dedicated service of local boards of education during School Board Recognition Week, as proclaimed by Governor Jay Nixon. The goal is to build . . .

Cassville Intermediate students that have mastered their math facts were honored last week during a math assembly and enjoyed a game of dodgeball to celebrate their accomplishments. After completing mid-year math exams in December, . . .

After a unanimous vote of support by the Cassville R-IV Board of Education, the Cassville School District approved providing up to $1,500 to the Golden Community Center to be used to replace windows on the east side of the building. . . .

Students at Cassville Middle School  (CMS) spent the last school day of 2016 raising funds that were donated to students in Chattanooga, Tennessee at Woodmore Elementary School. Chattanooga suffered a tremendous loss when a school . . .

In an effort to increase the number of prekindergarten children served in the Cassville area, the Cassville R-IV School District has increased staff support for the program by providing two stipends for parent educators of the Parents as . . .

The Cassville Middle School (CMS) Industrial Arts and Technology department has received a $2,000 grant from the Walmart Community Foundation and Facility #914. Funds received from the grant will be used to purchase a 3-D printer and a . . .

Cassville Middle School (CMS) won eight medals at the Seneca tournament the weekend on December 2: three golds, three silvers and two bronze.  Gabe Hunter went undefeated in the A bracket and Lanye Jung was undefeated in the . . .

With the recent renovations of the sidewalks along Main Street this fall, Dustin Atnip, Cassville High School graduate, class of 1998, has been hard at work! Two years ago, Atnip ventured into the hobby of relic recovery. During the past . . .

Lisa Lambel, Junior at Cassville High School, auditioned and won a seat in the All National Choir. Lambel competed against 2,300 choral students across the US and earned one of approximately 30 soprano1 positions. In March, she will . . .

Thankful Thursday: What are you thankful for today?

With so much negativity in the world, Cassville R-IV students take time to say ‘thanks’

Many of our teachers at Cassville R-IV have had enough. Had enough of constantly being bogged down with the negativity that surrounds us in our day-to-day life. Had enough of our students growing up in a world that often focuses on the . . . 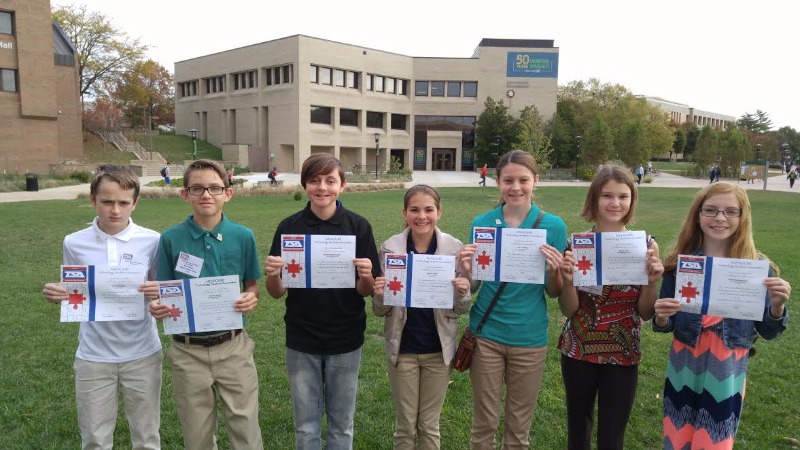 At the October meeting of the Cassville R-IV School District Board of Education on October 13, 2016, a Refunding Bond Resolution was approved that established a final terms committee consisting of John Sullivan, Board President, Jon Horner, . . .

The Cassville Middle School (CMS) students and staff participated in a mock-election hosted by Channel One news. After spending time researching each candidate and understanding what it takes become president of the United States, students . . . 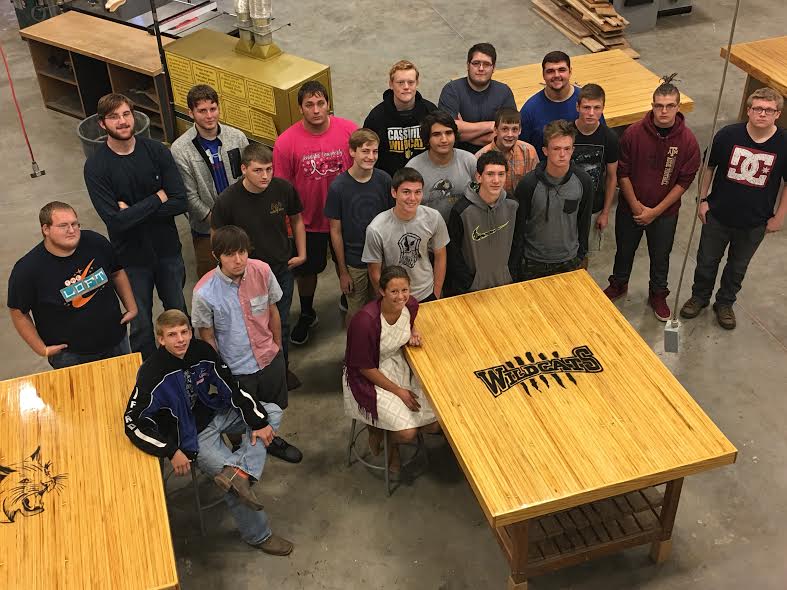 Cassville High School (CHS) Industrial Arts Woodworking II students recently recycled the old bleachers from the middle school gym to new table-tops that will be used by the CHS wood-working students. In the past, the wood-shop tables . . .

The Cassville High School FFA had five students compete in the American Royal Livestock Show and Rodeo Calf Scramble Program. After completing an application, the students were selected to compete in the calf scramble at the rodeo. Through . . .

Cassville R-IV School District has hired Mr. Ed Lammers to serve as the high school band, jazz band and middle school band instructor. Lammers is from Fulton, Missouri and has over twenty years of experience in music education. He has . . .

In the spirit of 19 th Century Westward Expansion started when Thomas Jefferson orchestrated the Louisiana Purchase to improve the nation’s health, Cassville Middle School started this school year following in the footsteps of the . . .

Richard Asbill, Superintendent of the Cassville R-IV School District, is the Missouri Association of School Administrator’s (MASA) Southwest Region President for 2016-2017. As a regional president, Asbill will organize monthly . . .