Goutney, Samuel & LeCompte to Compete at Nationals Speech and Debate 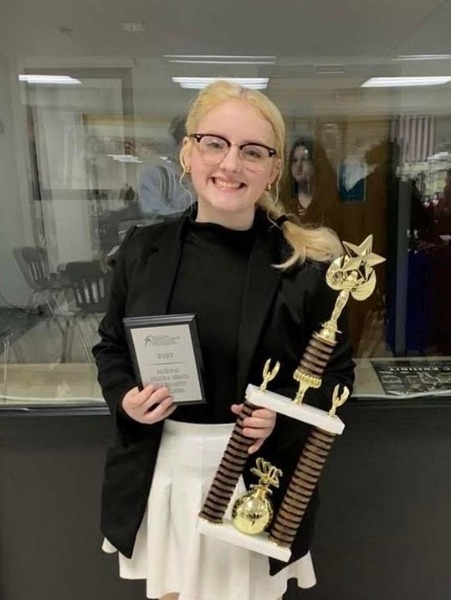 LeCompte qualified in March after placing first at a tournament in Republic. This announcement was officially made in March.  Click here to view the full announcement regarding LeCompte's qualification.

Approximately 6,000 Speech and Debate students from 1,500 different school districts across the US will compete at the national tournament.